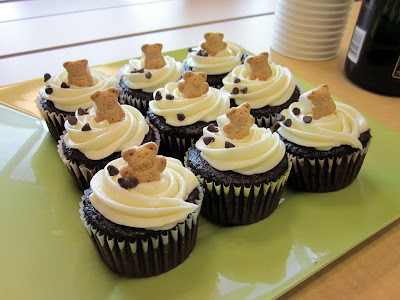 You're getting ready for the New Year's Eve shindig of the century -- there will be music and dancing and all kinds of revelry. Fine champagne will be flowing, and everything you've ever wanted to eat will be magically portioned so that you can try it all without worrying about a distended belly showing through the world's cutest party dress (yours). And when the clock strikes midnight, the sky will be painted with beautiful, sparkling fireworks that'll leave you breathless as you ring in the new year with that special someone.

That's one hell of a party to look forward to -- of course you're excited! You're getting ready: curling your hair, putting your makeup on, slipping into your pumps. You make your way over to the venue and--

You're late. Really late. You're 25 days late to the party.

That's how I feel, and I blame my assistant entirely. This is our first post of 2011, and we're 25 days into January! I apologize on her behalf (I hate having to do that -- being awesome, I should never have to be sorry for anything), but let's kick things off with a look back on 2010 and the last request we filled for the year:

My assistant T received a request from her coworkers, Justin and Mano, who wanted to organize a sweet surprise for a team that had worked at all hours of the night to wrap up a big project. Cupcakes and champagne -- I couldn't think of a better way to say thanks and congratulations! Disguising the surprise as a last-minute director-led meeting, Justin, Mano, and their teammates pow-wowed in a conference room, laying out the cupcakes and drinks, and setting up a large poster board signed by everyone on their team. Here's what the team of honor walked into: 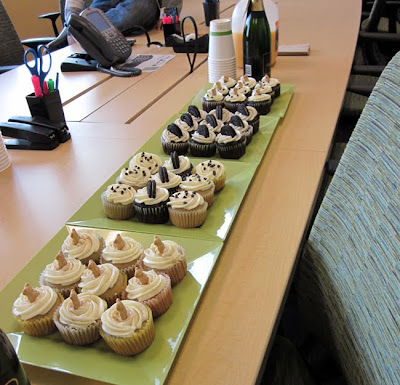 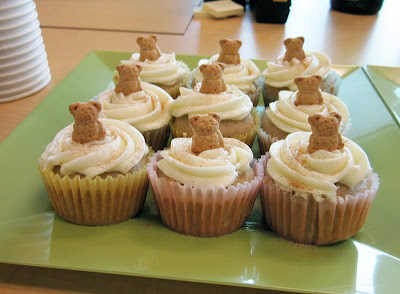 Next, we had Oreo cupcakes -- rich, chocolate cupcakes with Oreo cream cheese frosting (with Oreo crumbs blended in for that classic "cookies 'n' cream" speckled look), topped with an Oreo cookie half. The only thing missing here was a glass of ice cold milk for dunking. 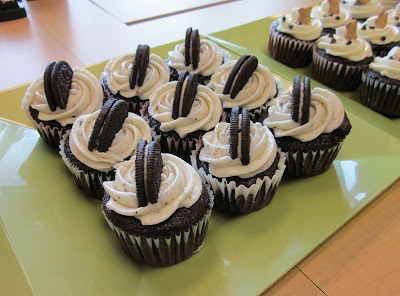 And lastly, we had S'more cupcakes (pictured at the top of this post), which had been a huge Carrie Cakeaway hit last year -- rich, chocolate cupcakes with a gooey marshmallow center, a swirl of vanilla cream cheese frosting, some mini chocolate chips, and a cute little Teddy Graham resting against a mini marshmallow pillow.

T and I have hit the ground running in 2011 and will be posting more soon, but for now, I'm so happy thinking back on the last request filled in 2010 -- a big (and really fun!) one. Justin and Mano -- thanks so much for thinking of us for this celebratory occasion. Cheers to you, your team, and big accomplishments to come in 2011.

And happy new year to all!
Posted by Carrie at 7:54 AM