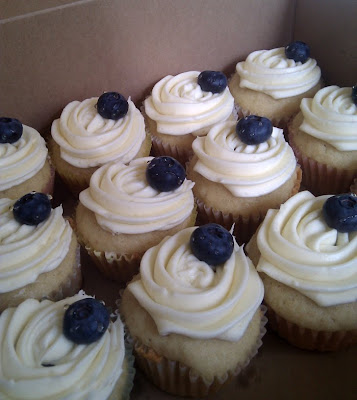 ::Insert poor imitation of a British accent:: 'ello! Do you care for a spot of tea?

Do I ever! I'm all about tea time - taking an hour in the middle of your afternoon to sip piping hot cups of tea while indulging in dainty finger sandwiches and bite-sized desserts... You don't have to ask me twice!

T fondly remembers her first real afternoon tea experience. She was studying abroad in the town of Brighton in England the summer before her senior year of college, and made her way to a tiny tea house with three friends. A strict dress code was half-enforced by a snooty waiter who turned his nose at the four Americans but still, politely enough (house rules), rattled off the tea time specials.

You should've seen the girls' eyes the moment he brought out the tiered tray of assorted smoked salmon, roast beef, and cucumber finger sandwiches, mousses, biscuits, delicately iced petit fours, and scones served with lemon curd, berry jam, and clotted cream -- they nearly popped right out of their sockets (how's that for appetizing imagery?)

I wanted to create a unique tea-time cupcake and couldn't resist using a pint of plump blueberries that T had brought back from the farmers market. Feeling a little spontaneous, I decided on a Honey Blueberry Teacake - a rich, buttery vanilla cupcake filled with fresh blueberries (unbaked, so they really pop in your mouth), topped with vanilla frosting, another blueberry, and a light drizzle of clover honey. I'd imagine this would pair nicely with an Earl Grey, English Breakfast, or Darjeeling--okay, you caught me. I'm just rattling off names of teas, but I'd imagine this would go nicely with just about anything.

It's three o'clock in the afternoon somewhere. Cheerio!
Posted by Carrie at 8:07 AM